According to General Authority for Statistics the number of female citizens who had never married was 2.23 million by the end of 2017. 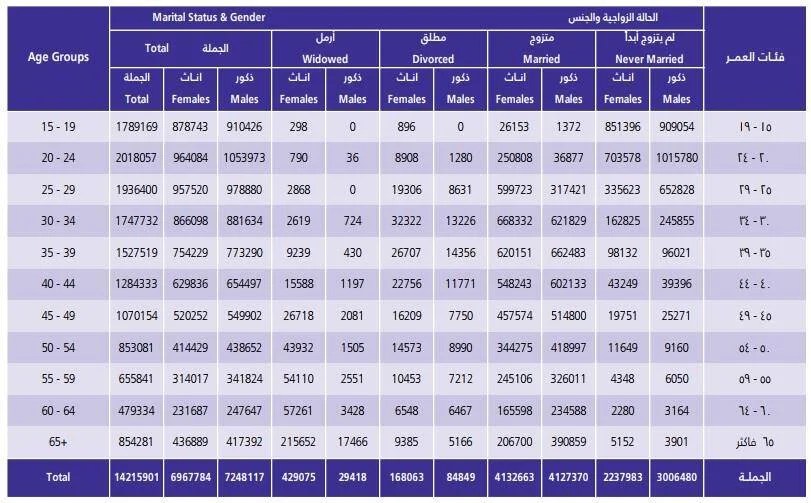 The survey was conducted on female citizens aged between 15 and more with a total population of 6.9 million.