The General Directorate of Passports (Jawazat) announces a one month automatic extension of the validity of residence permit (Iqama) of expatriates outside the kingdom on an exit re-entry visa.

The automatic extension would be applicable to expats in commercial professions whose Iqama expires between 1-08-2020 and 31-08-2020.

The validity of expired Iqama’s of domestic workers who are currently outside the kingdom on an exit re-entry visa will also extend up to 30-09-2020, Jawazat said.

Jawazat also announced a one-month extension of the validity of exit re-entry visas (up to 30-09-2020) for expat residents inside the kingdom whose visas were not used during the travel ban period. Related: Jawazat links payment of due bills with the issuance of final exit visas

Jawazat also stated that it would extend the validity of Final Exit Visas for one month (up to 30-09-2020) for those expats within the Kingdom whose Final Exit Visas were not used during the travel ban period. 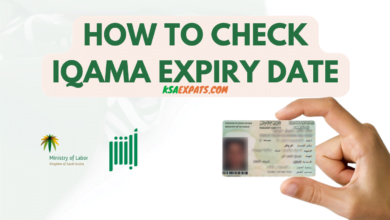