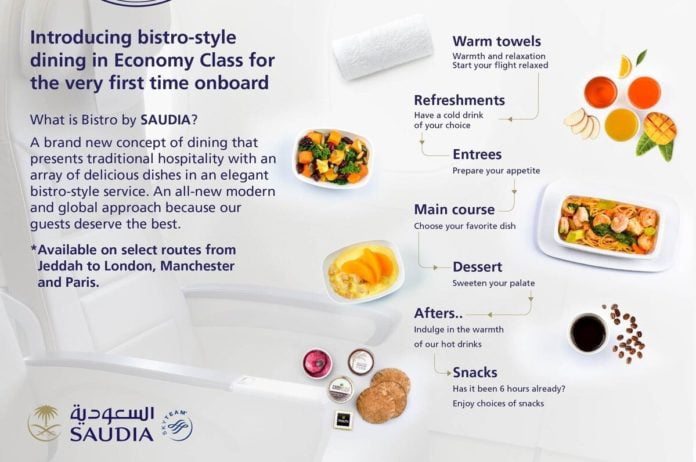 Saudi Arabia’s National Airlines (Saudia) has launched a new dining concept for its Guest Class or Economy Class service, with plans to roll out a new Business and First Class dining service as well. 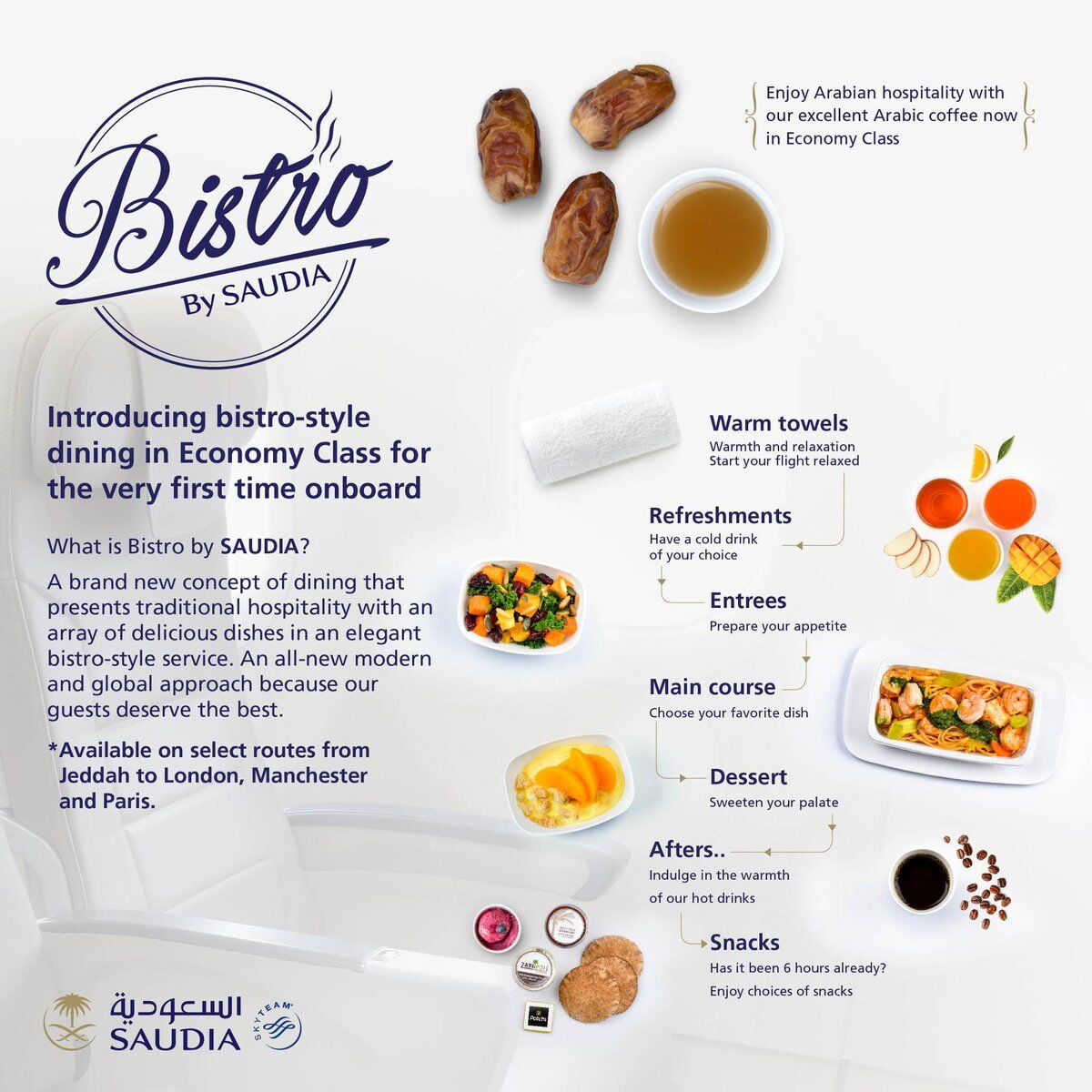 The new ‘bistro dining’ concept onboard is similar to a restaurant dining experience, where multi-course meals are served in stages, starting with an appetizer, followed by main course and dessert. The new meal service is also uniquely delivered tray-less, for the first time.

The new flavors represent all palates for an all-around modern, global dining experience at 40,000 feet.

Passengers can currently experience the new dining concept on flights from Jeddah to London, Paris, and Manchester. Further routes for the new ‘bistro dining’ concept will be announced soon.

Guests will be presented with a selection of choices for their appetizer; a selection from three main courses, as well as snacks and desserts. In addition, for the first time in Guest Class (Economy), the airline will offer traditional Arabic coffee and dates.

Development of the new menus has taken place in kitchens from across the globe, with Saudia collaborating with chefs from the kingdom, London, and Paris, in order to introduce menus which reflect a signature gourmet, global touch.

The ‘Bistro by Saudia’ dining concept began with an initial rollout in April on one sector, which has now grown to three (Paris, London, and Manchester).

More than 200,000 guests have experienced the new dining service so far, and have shared their delight in the new elements introduced in Guest Class (Economy).

Saudia also provides a free-of-charge Whatsapp texting service for all of its passengers flying on routes enabled with wi-fi connectivity.