Women in Saudi Arabia participated in a marathon on Saturday for the first time in the kingdom’s history.

The 3-kilometre marathon took place in the eastern province of al-Ahsa.

According to Saudi news site Sabq, around 1,500 women took part in the race, while those who signed up were around 2,000, a much higher than expected number that forced organisers to stop accepting participants.

Mizna Al Nassar, is the winner of the marathon. Mizna, a 28-year-old engineer, ran the three-kilometre marathon in 15 minutes, beating challengers from the US and Taiwan who came second and third in the ‘Al Ahsa Runs’ competition in Al Ahsa, eastern Saudi Arabia, on Saturday. 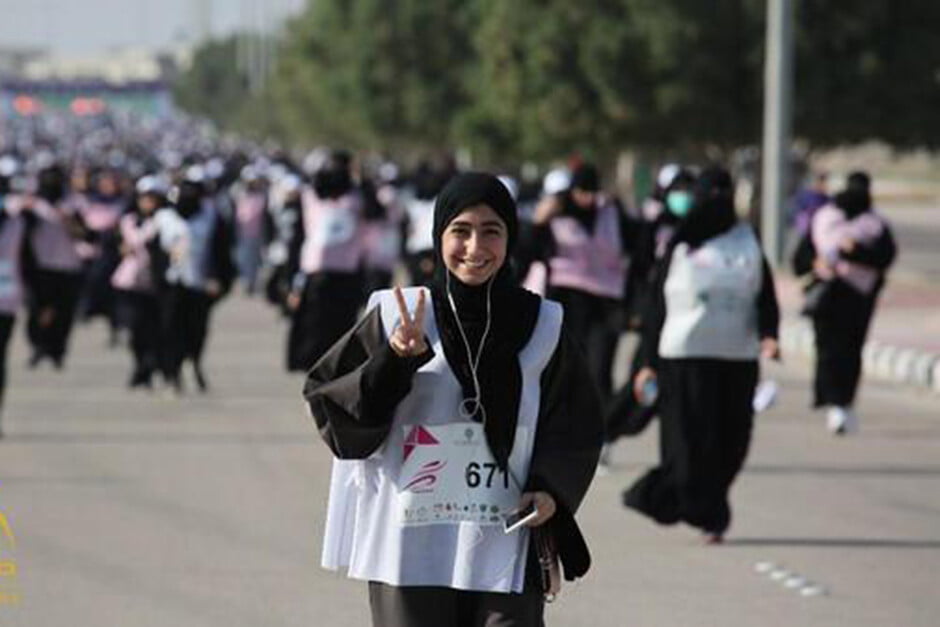