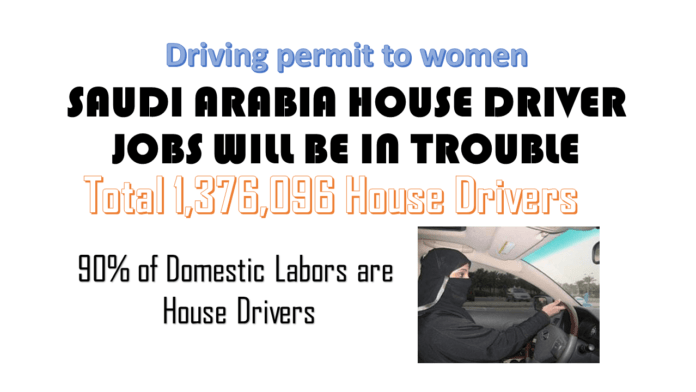 Saudi Arabia announced last week that it will lift a ban on women driving by June 2018. That will likely slash the demand for personal drivers, who are often employed to drive women to work.

According to the latest official data, 1,376,096 men work as drivers for private households.  90% of domestic labors are house drivers. that’s one for every 23 Saudis and most of them come from South Asia.
Saudi officials hope that the money women can save on drivers on average 1,500 SR a month will remain in the local economy, rather than being sent as remittances to other countries.
These are some figures that the country currently spending for House Drivers