The Saudi government has decided to bear expat fees for employees of the industrial sector for a period of five years, local media reported.

The number of expatriate workers who came under the category with an expatriate fee of SR 800 per month stood at 444,946. The total amount of levy for them for the next 5 years is about SR 21.36 billion.

While the number of workers whose fees amounting to SR700 per month is 199,644 and the total value of the fee to be imposed for them is about SR8.39 billion. Both of these amount to a total of 29.75 billion.

The government will bear a maximum amount of around SR 29.75 billion toward expatriate fees in the industrial sector for a period of five years. 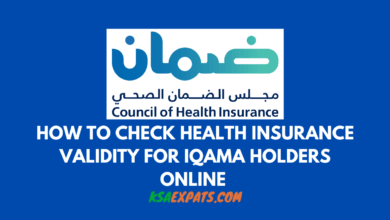 How To Check Insurance Status For Residents Online