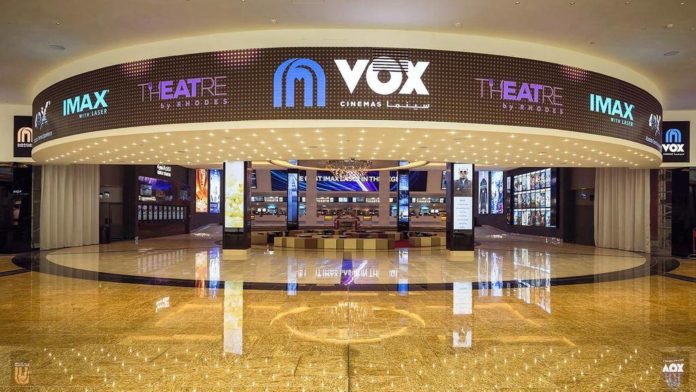 Majid Al Futtaim, the UAE-based malls and leisure group, will open a four-screen multiplex cinema in Saudi Arabia after becoming the second company to obtain a license as part of the kingdom’s modernisation efforts.

Vox Cinemas will invest two billion Saudi riyals ($533 million) to open 600 theatres in the next five years, starting with Riyadh Park Mall in “the coming days,” the company said in a statement on Thursday.

More cinema locations will be announced “in the coming weeks,” MAF added. Theatres currently under design include Majid Al Futtaim’s Mall of Saudi and City Centre Ishbiliyah to open in the “coming years” in Riyadh and the cinema developments will create about 3,000 jobs.

The cinema expansion will bring Majid Al Futtaim’s total investment in the country to 16bn riyals. It’s only rival in the market is US-based AMC Entertainment Holdings, which plans to open as many as 40 cinemas within five years and 60 more by 2030. Both are capitalising on the kingdom’s decision to lift a ban on cinemas after more than three decades. Saudi expects to have 350 theatres by 2030 as it focuses on building its entertainment industry, which is projected to contribute about $24bn to the economy and add more than 30,000 jobs.